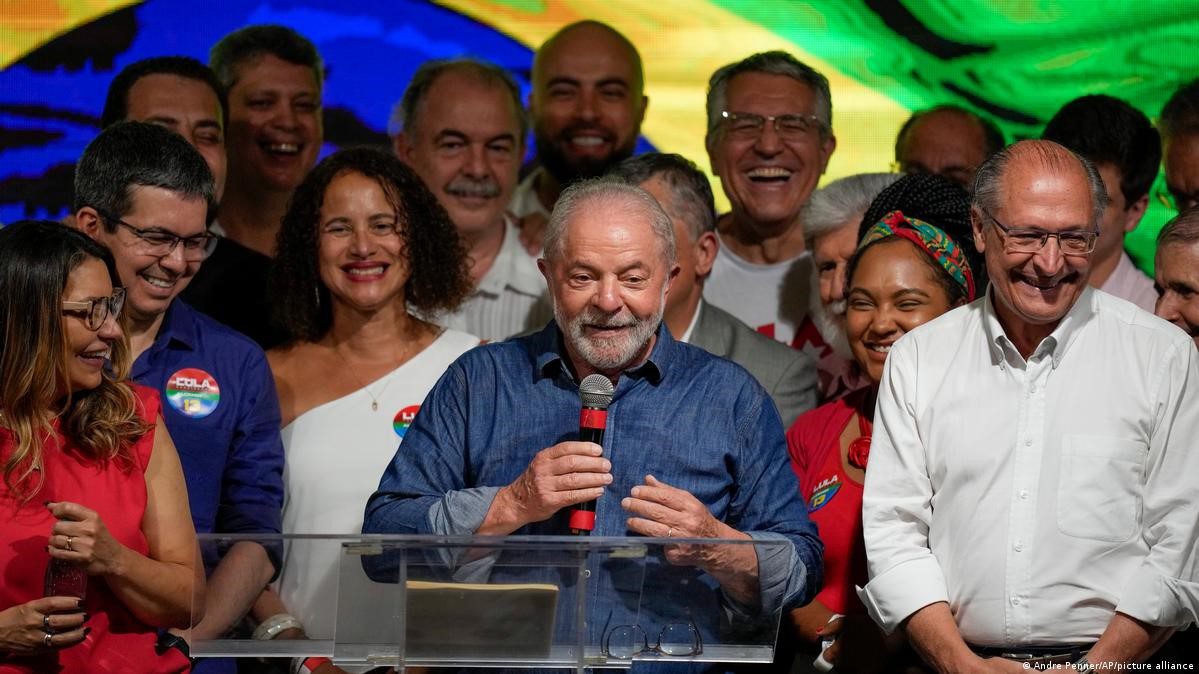 Luiz Inacio Lula da Silva has achieved a remarkable political comeback by regaining the presidency of Brazil. His narrow victory, in the second round run-off, was the closest margin of victory in an election since Brazil reverted to democracy in the late 1980s. The result was 50.9% for Lula and 49.1% for the incumbent president, Jair Bolsonaro – a difference of little more than 2 million votes out of almost 119 million valid votes cast.

Lula is now set for a third term, 12 years after ending his second term as an unusually popular president who achieved both economic growth and social inclusion between 2003 and 2010.

During the campaign the two contenders slugged it out over some familiar themes: Bolsonaro reminded voters of the corruption uncovered concerning several members of Lula’s administration. For his part, Lula criticised Bolsonaro for his poor handling of the COVID crisis, in which Brazil recorded the second-highest national death toll behind the United States.

But – unlike in 2018 when Lula was ruled as ineligible to run because of his 2017 conviction on corruption charges (since anulled) and Bolsonaro instead beat the inexperienced and relatively unknown Fernando Haddad, this was not an election in which corruption was a central issue.

Instead, the economy seemed to be the main concern of most voters. The core of Lula’s support is concentrated most heavily in the impoverished north-east. Bolsonaro’s support is particularly strong within better-off households of the south, south-east and centre-west.

Lula’s coalition of ten parties was a broad coalition ranging from the left to the centre-right. The campaign brought together two political forces that had been enemies in the 2000s: Lula’s Workers’ Party (Partido dos Trabalhadores, or PT) and politicians who had been or still were members of the centre-right Social Democratic Party (Partido da Social Democracia Brasileira, or PSDB) and the Brazilian Democratic Movement (Movimento Democratico Brasileiro, or MDB).

Lula’s vice presidential running mate was Geraldo Alckmin, a conservative Catholic and former member of the PSDB. MDB member Simone Tebet, a presidential candidate in the first round, campaigned for Lula in the second round and who will probably be offered a place in Lula’s cabinet.

One of the keys to the future Lula government is whether this coalition can stay together. It remained united during the campaign, when it had the shared goal of defeating the incumbent president. Whether it will retain its unity in government is another question.

Fissures could appear when the administration has to make difficult choices about the management of the economy and the challenge of rebuilding state capacity in those areas most damaged by Bolsonaro’s administration. The damage is particularly evident in the environment, public health, education, human rights and foreign policy.

Bolsonaro has yet to make a pronouncement about the election result either to concede or allege fraud. The coming days will offer a test of his character and the nature of the movement that brought him to the presidency.

That movement is sometimes characterised as a hard-right alliance of beef (agribusiness), Bible (evangelical protestants) and bullets (parts of the police and military, as well as the newly enlarged ranks of gun owners).

Bolsonaro could reprise what he said after the final debate (“whoever has the most votes takes the election”) and concede defeat. But he could also emulate his hero and mentor Donald Trump and attempt to propagate a narrative about fraud, refuse to accept the legitimacy of Lula’s electoral victory and become the leader of a disloyal opposition to the new government.

Under Brazilian law he has the right to contest the result by making a case to the supreme electoral court, as did the losing candidate in 2014, Aecio Neves of the PSDB. But he would have to submit compelling evidence. The result would probably be similar to the outcome after the 2014 election, when the court eventually ruled against Neves. 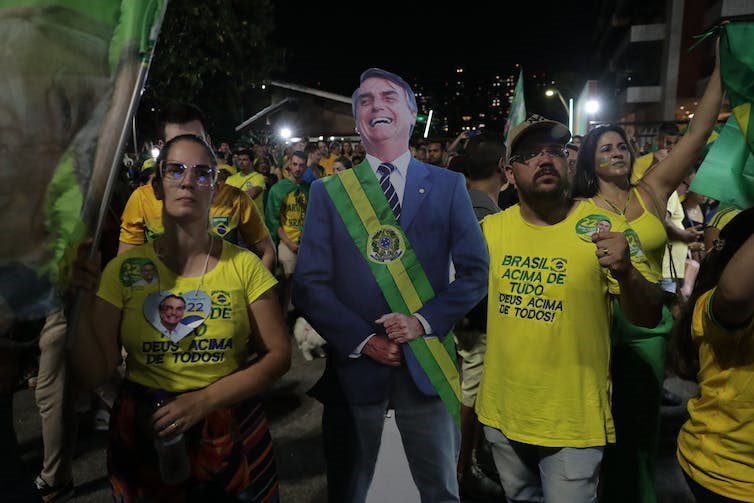 Devastation: supporters of the incumbent president, Jair Bolsonaro, react to news of his defeat. EPA-EFE/Andre Coelho

Lula reached out to the opposition in his acceptance speech on Sunday evening. He said something that Bolsonaro never said after his 2018 victory – nor at any time since: “I will govern for 215 million Brazilians, and not only those who voted for me.”

He also set out some of the goals of his future government. The most pressing are reducing hunger and poverty, accelerating economic growth, and strengthening the industrial sector. Importantly Lula also stressed the need to cooperate with international partners to slow down the rate of deforestation in the Amazon.

His government will have an uphill battle. Government coffers are emptier than they were when Lula was last president. Large increases in the minimum wage, which Lula appeared to commit to during the campaign, are likely to push up inflation, currently running at around 7%. Productivity remains stagnant and industry – which has shrunk as a share of the overall economy – is internationally uncompetitive in many sectors.

Bolsonaro may be due to leave the presidency – but Bolsonarismo is not going anywhere.

ANTHONY PEREIRA is also director of the Kimberly Green Latin American and Caribbean Center at Florida International University. Pereira taught at the Graduate Faculty of the New School for Social Research in New York City. In 1995, he was a visiting professor at Harvard University, and in 1997-9, a visiting professor at the Fletcher School of Law and Diplomacy at Tufts University in Boston.From 2010 to 2020 Pereira was the founding Director of the Brazil Institute at King’s College London. From 2020 to 2022 he was a Professor in the Brazil Institute and the Department of International Development at King’s. And in 2022 he joined Florida International University to become the Director of the Kimberly Green Latin American and Caribbean Center, as well as a Professor in the Department of Politics and International Relations. He remains a visiting professor at KCL.