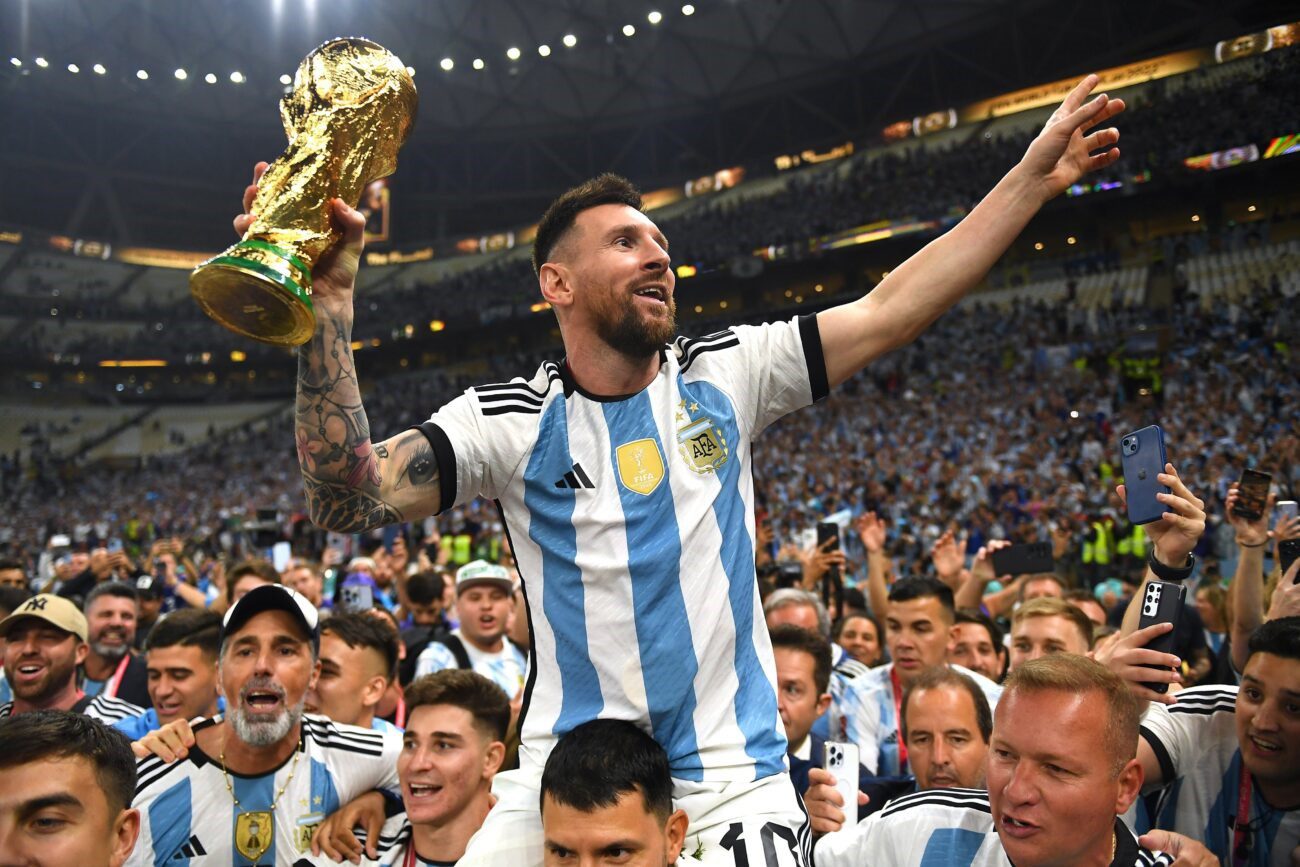 After four weeks, 64 games and more than a decade of controversy, Argentina has won the Fifa men’s World Cup in Qatar. And as Lionel Messi and his teammates celebrate victory over France, another competition has also reached its conclusion – the battle for “soft power”.

Soft power is a foreign policy tool. It’s about shaping global perceptions and attitudes using things like music, fashion and sport. The Fifa World Cup is perhaps the ultimate soft power platform, with 32 countries on show to billions of people.

Using these categories we have determined the following national placings for the 2022 “World Cup of Soft Power”.

In global soft power rankings, France was lifted by its win at the 2018 Fifa World Cup in Russia. In 2022, the football team’s performances have only strengthened the national image and reputation. The squad is the epitome of “brilliant” soft power, combining style and elegance with acute competitiveness, and projecting an image that is cosmopolitan, diverse and united.

One player (arguably the world’s best right now) is instrumental in this: Kylian Mbappé. His club side, Paris Saint Germain (PSG), is a big part of France’s soft power story, helping to build its credentials through a carefully managed combination of football, fashion and music.

Earlier this year, French president Emmanuel Macron reportedly stepped in to persuade Mbappé not to leave PSG for Real Madrid, such is his importance to France. Macron fully understands the need for charm, style and confidence in global affairs. When he flew to Doha after France had made it to the semi-finals, he met the Emir of Qatar. At full time in the final, he repeatedly consoled Mbappé.

Masters of “inspirational” soft power, South Korea’s star continues to rise. This is partly a result of government policy, but also the private sector’s enthusiastic patriotism.

South Korea’s first match at the tournament came after an appearance by the singer Jung Kook at the opening ceremony. Jung Kook is a singer with BTS, a band that has been at the forefront of what has become known as the “Korean wave” (or K-wave), which put the country centre stage globally in cinema, television, and music. In tandem with Jung Kook came the car maker Hyundai-Kia, which has an endorsement deal with BTS and is also a key Fifa sponsor.

South Korea was also lucky to have its biggest player – Tottenham Hotspur’s Son Heung-min – back from injury, bringing global recognition to the squad. The Koreans’ swashbuckling style of play, matched by exuberant fans, tapped perfectly into a national energy which has seen it become a juggernaut of 21st-century popular culture. 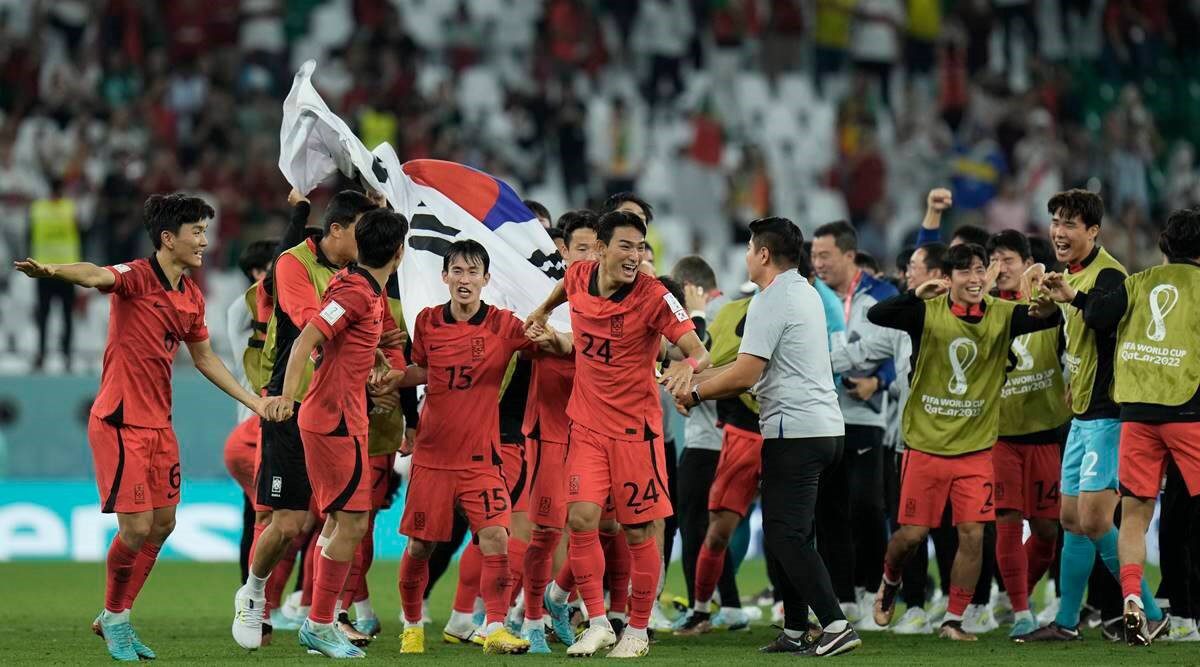 With a pre-competition football ranking below the top 20, a history of underperformance in big tournaments and no big-name players, expectations were not high. But this World Cup has turned out to be a triumph for Morocco, on and off the pitch.

The joyous, uninhibited way in which the team competed generated considerable soft power value – as did some of the individual players. The sight of midfielder Sofiane Boufal dancing on the pitch with his mother after his side’s victory over Portugal was a compelling act of family and togetherness that has resonated with people around the world. Many subsequently adopted the Atlas Lions as their second favourite team.

Nowhere was this more evident than across the Arab world, Morocco having progressed further than any other previous team from the Middle East or North Africa. The Moroccan players’ public support for Palestine also helped the team bond with fans from across the region. 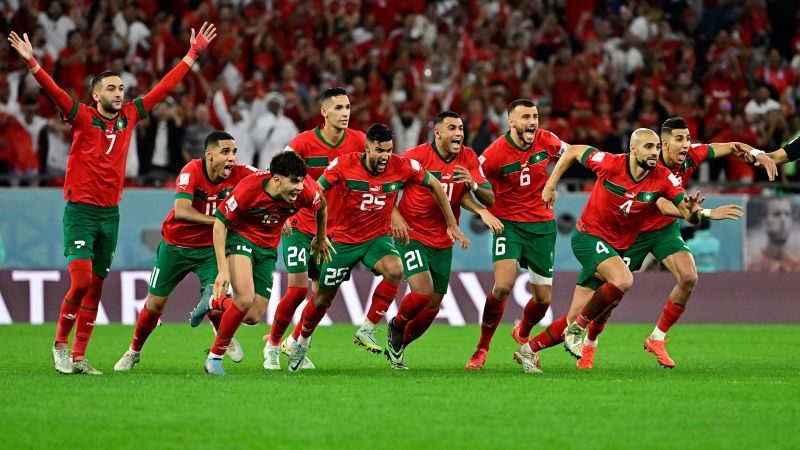 Japan won plenty of new fans in Qatar. Just like at the 2018 tournament, Japanese supporters arrived in huge numbers, and again took it upon themselves to undertake post-match tidy-ups of the stadiums. Adding to their position as champions of “benign” soft power, the Japanese national team also cleaned their changing rooms after their matches.

Tidying up has history in Japan. Long before Marie Kondo arrived on the scene, de-cluttering and cleaning was part of the national cultural fabric. Tidying up in Qatar reinforced this popular convention and harnessed its soft power potential.

But the tournament wasn’t just about acts of altruism. The team celebrated stunning victories against two of Europe’s football superpowers, Germany and Spain. 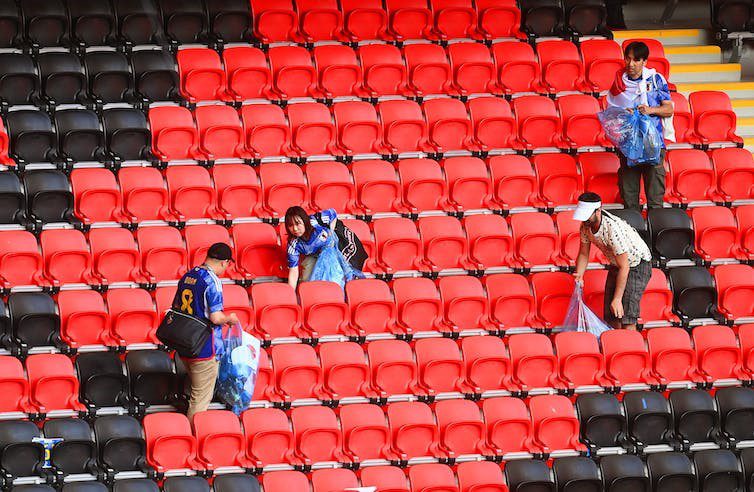 The Green Falcons headed to Qatar as representatives of a nation widely viewed as a pariah. And although the team went out at the group stage, it won many hearts and minds in the process.

A huge number of fans made it to Doha, their congregation before matches highlighting their appeal. This was further enhanced with a viral social media post showing large numbers of supporters dancing to a 1996 pop song after Saudi Arabia beat the eventual champions Argentina.

And while legitimate concerns remain about Saudi Arabia’s political machinations (not least accusations of sportswashing), events in Qatar showed Saudi citizens in a different and positive light. The travelling fans were humanised by their national passion for football. 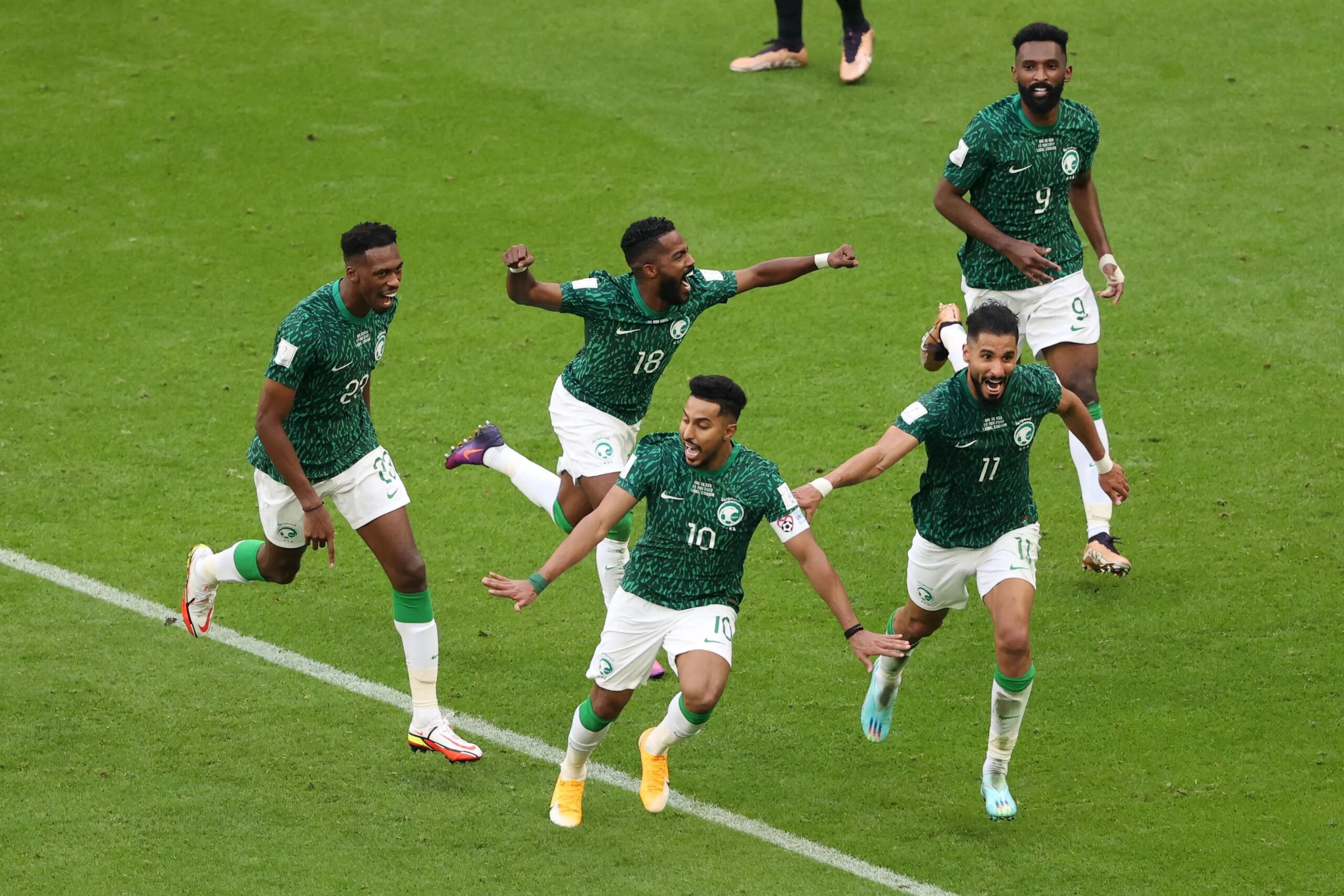 From the very moment it submitted its bid to host the World Cup, Qatar has sought to project soft power. The country’s hospitality, the absence of hooligan violence and the vibrant fan zones appear to have worked in its favour.

But it may also find itself disempowered, as concerns about migrant workers and LGBTQ+ rights remain. The test will be how Qatar – the nation and the event it hosted – are talked about in the years to come. For now though, although it may not feel like it for the players and fans, the big soft power win belongs to France. 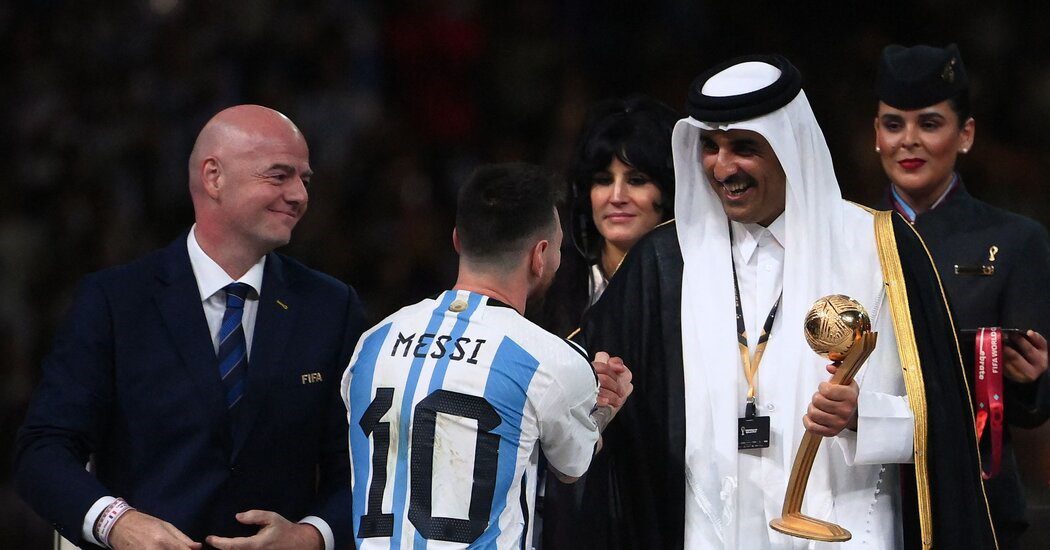 Simon Chadwick is Professor of Sport and Geopolitical Economy at Skema Business School in Paris. He is a researcher, writer, academic, consultant and speaker with more than twenty-five years experience in the global sport industry. His work focuses on the geopolitical economy of sport. Professor Chadwick co-founded and co-directs the China Soccer Observatory (University of Nottingham, UK). He is Founding Editor of GeoSport, a digital sports platform created with the French Institute for International and Strategic Affairs.Simon has written numerous articles, books and research reports for the likes of Forbes, Sloan Management Review, the Wall Street Journal, The Economist, Forbes, Thunderbird International Business Review, Mastercard, Newsweek, Reuters, Time, Routledge and Financial Times Prentice Hall. In addition, he has worked with some of the biggest names in sport, such as FC Barcelona, UEFA, Adidas, the Association of Tennis Professionals, Nielsen, the European Clubs Association, Ping, Formula E and Coca Cola.

Paul Widdop is editor of GeoSport a platform showcasing research on the geopolitical economy of sport. He is a global fellow of The University of Edinburgh’s Academy of Sport. He reviews editor for the Journal of Consumer Culture and active member of the Mitchell Centre of Social Network Analysis (University of Manchester). His research focus is on the consumption and production of sport and culture. Underlying these academic fields his substantive research area is in the importance of place and networks. He is interested in the contexts and mechanisms that make place a key driver in the formation and maintenance of sporting and cultural lifestyles and consumption behaviors.